Maybe Jeremy Zimmer and Ari Emanuel need to take it to the octagon. 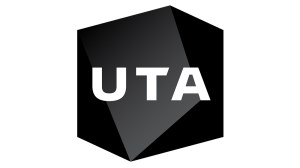 “I thought about it, and I think it makes sense to me that he would not want to, cause we don’t fit the profile of the kind of companies he buys,” the UTA CEO said Thursday at the Adweek conference about Ari Emanuel’s lack of interest in buying the agency in a consolidating Hollywood. “We have an amazing culture and we’re incredibly profitable,” Zimmer added, with a 90210 salvo of his own.

“So we wouldn’t fit in,” Zimmer tossed out there in conclusion, to big laughs from the New York City crowd in attendance. 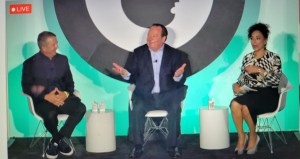 The curt remarks by the UTA CEO came onstage at the “The Future of Entertainment in the New Creator Economy” panel with ViacomCBS CEO Bob Bakish and moderated by CBS News’ Michelle Miller. Of course, the larger context is Zimmer’s comments come about three weeks after the Endeavor boss mocked any notion he would try to gobble up the agency to scale up against CAA buying ICM Partners.

Even as the UTA-repped Miller fumbled her question, and at one point called Emanuel the head of CAA, it was clear Zimmer had been biding his high-profile time to hit back.

In an onstage appearance at the Code Conference in Beverly Hills on September 28, Emanuel told Kara Swisher that “we don’t need it,” when asked directly about UTA joining up with WME. That statement succeeds a blunt “No” from the super-agent on whether UTA was on the menu in any way with the mega-merger down the street.

Endeavor Group Holdings went public last April, making good on a plan it pulled at the last minute in 2019. The company, which includes major agency WME, management firm IMG and the big revenue stream of UFC, has a market value in the range of $12 billion. As Emanuel and Patrick Whitesell love to brag, Endeavor includes a disparate array of businesses across sports, information technology, live events and more. In the quarter ending June 30, the company reported revenue of $1.1 billion but a net loss of $1.24 per share and long-term debt of $5.2 billion.

Sore but not bruised, UTA execs didn’t appreciate the swipe by Emanuel, I heard at the time. 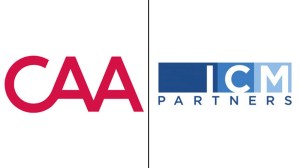 CAA and ICM brass couldn’t have felt much better as the legendary vitriolic Emanuel laid a few blows on their big deal that went public on September 27. “I think what they bought was five incredible TV writers,” a deadpan Emanuel told the New York Times columnist when asked what he thought CAA actually got out of the big bucks deal. “They bought a very good book business and a very good soccer representation business out of Europe,” he went on to say with no small degree of well-rehearsed sarcasm.

“What this deal does is make it super clear this Chris’ group and our group, our whole strategy is about representation, and about being aggressive advocates for artists,” Lourd told Deadline on September 27. “With this deal, we feel really righteous about it, and it’s going to serve the clients in every capacity. All the traditional clients in movies, television, music and the athletes and organizations around those athletes in a much stronger, better way. We feel we’ve got more resources in a combined way.”

In that vein, Zimmer had his own take Thursday, on agencies offering great depth and width to their clients.

“There’s a lot of artists who have broad ambitions and the ability to do a lot of different things,” he told the Adweek audience as Bakish and Miller looked on. “Fr those folks they want to be at a place where they ask, ‘I’m really interested in podcasting, do you know anything about that?’ we never want to be in a place where we say ‘oh sorry we don’t do that.’

In the entangled nature of the business, today’s nearly 30-minute brand centric panel found Bakish as CBS Saturday Morning co-host Miller’s self-described “boss” and Zimmer the head of the agency that reps her. As Miler said rhetorically that she didn’t want UTA to grow too big and find herself lost in the growth, Zimmer jokingly promised the anchor that “we’re closing the door right behind you, you are the last one in.”

Well, maybe not the last…