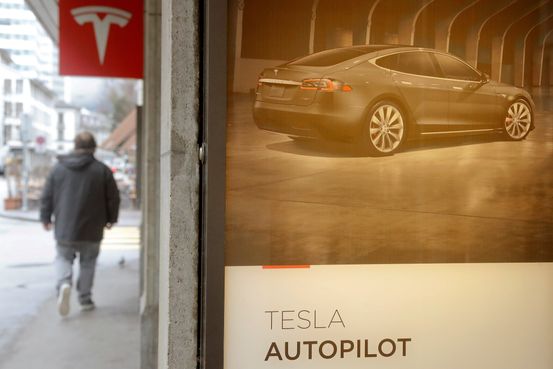 Police in California arrested the driver of a Tesla for allegedly operating the vehicle from the back seat.

Model 3 on Interstate 80 in the Bay Area. Mr. Sharma couldn’t immediately be reached for comment.

Police said they had received 911 calls about the driver. The officer in Wednesday’s arrest saw the driver, the lone occupant of the car, seated in the back seat, police said. Mr. Sharma moved to the driver’s seat and stopped the car on the shoulder of the interstate, where he was arrested, the police said.

Mr. Sharma was charged with two counts of reckless driving and disobeying an officer. He also was cited with using his vehicle in a reckless manner last month, the police said.

The incident is the latest to raise questions about how some Tesla drivers use their vehicles, including the advanced driver-assistance features the company offers.

Tesla has said the driver-assistance system it calls Autopilot makes operating its vehicles safer. The company didn’t immediately respond to a request for comment.

The National Transportation Safety Board, which has the power to issue safety recommendations, has previously expressed concerns that there aren’t clear rules in the U.S. about how companies should ensure drivers pay attention when driver-assistance features are engaged.

Tesla has said that drivers using Autopilot must remain attentive with their hands on the wheel and that it has safety features, including aural and visual alerts, to remind them to stay engaged.

People have long been uploading videos to social-media platforms showing drivers appearing to defeat or circumvent Tesla’s checks. Last month, Consumer Reports said it was able to get a Tesla vehicle to operate with Autopilot engaged and no one in the driver’s seat after attaching a weight to the steering wheel.

A fatal crash last month in Texas drew widespread attention after local authorities said they found one of the occupants in the back seat and the other in the front passenger’s seat, raising questions about whether or how the vehicle could have been operating without anyone in the driver’s seat.

The NTSB this week raised doubts that the Autopilot system was involved, echoing earlier statements from Tesla.

Tesla is working on an enhanced version of its driver-assistance tools. Chief Executive

on Wednesday tweeted that the company might put a test version of that software into wider release within the next two months.

Write to Rebecca Elliott at rebecca.elliott@wsj.com

Appeared in the May 13, 2021, print edition as ‘Backseat Driver In Crash Arrested.’