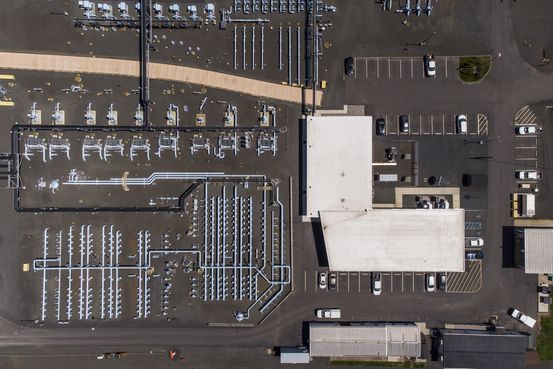 The owner of the Colonial Pipeline said Wednesday that it has begun restarting operations following a cyberattack last week that shut down the main feud conduit serving the East Coast.

Colonial Pipeline Co., operator of the vast 5,500-mile network of pipes taking 100 million gallons of fuel a day from Texas to New Jersey, said it initiated a restart at around 5 p.m. ET, but cautioned that the process of fully restoring the flow of fuel could take days.

The company, which estimates that it provides 45% of the East Coast’s fuel, shut down the pipeline last Friday after being hit by a ransomware attack. U.S. officials have linked the attack to a criminal gang known as DarkSide.

“Colonial will move as much gasoline, diesel, and jet fuel as is safely possible and will continue to do so until markets return to normal,” the company said in a statement.

It previously said that it had restarted some smaller segments of the pipeline system by operating them manually, while its main line remained shut down. The company said that as of Tuesday afternoon it had delivered 41 million gallons of fuel to various delivery points.

The shutdown, in its fifth full day Wednesday, spurred a run on gasoline in the southeastern and mid-Atlantic regions, which depend heavily on the pipeline. The average U.S. gasoline price vaulted above $3 a gallon for the first time in 6½ years as motorists lined up at thousands of gas stations and purchased all of the available fuel.

As of Wednesday afternoon, 68% of the gas stations in North Carolina were out of fuel, according to price and fuel tracker GasBuddy, which compiles data when drivers report such outages. In Virginia, 49% of gas stations had run dry; in Georgia, 45%; in South Carolina, 45%; in Tennessee, 18%; in Florida, 14%; in Maryland, 13%.

Energy analysts and government officials warned that consumers who were panicking and hoarding gas stood to make the supply situation worse.

“Hoarding does not make things better,” Transportation Secretary Pete Buttigieg said at a media briefing Wednesday. “And under no circumstances should gasoline ever be put into anything but a vehicle directly or an approved container.”

The company has been tight-lipped about which parts of its system were affected, but said earlier this week that the attack involved ransomware, a type of code that can hold computer systems hostage for payment. It hasn’t said whether it paid the ransom.

The news that a ransomware attack could force the shutdown of a major pipeline serving millions of people underscored how vulnerable the energy industry’s infrastructure is to cyberattack.

Write to Collin Eaton at collin.eaton@wsj.com and Miguel Bustillo at miguel.bustillo@wsj.com