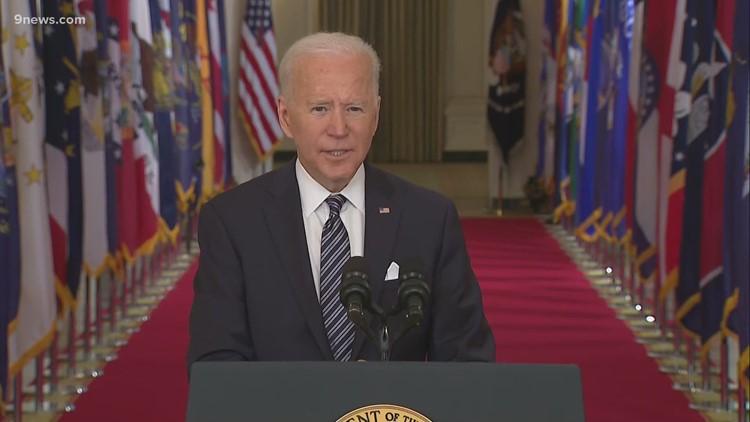 Colorado Democrats Sen. John Hickenlooper and Rep. Joe Neguse are among those who will be attending, their offices said.

The restrictions for Wednesday’s event are due to COVID-19 safety protocols, but will have the added security benefit of a limited number of people inside the Capitol for the president’s first major indoor event since he took office just weeks after the Jan. 6 insurrection. Fencing is still up around the U.S. Capitol, and the National Guard is still there.

“Obviously the events of the 6th are poignant reminders of why we need to be vigilant,” said Michael Plati, the U.S. Secret Service special agent in charge who is leading security for the joint session. “But the standard of security remains the same.”

> Video above: President Biden’s first prime-time address to the nation

Congressional leadership extended the invitations, and anyone without one must leave the building by 5 p.m. Wednesday, though staff with Capitol offices and those credentialed by the Sergeant at Arms can remain in the building, according to a memo by Timothy Blodgett, the acting sergeant at arms. Official visitors are allowed only until 1 p.m. and they must be escorted into the Capitol from the barricades.

RELATED: US to limit immigration arrests at courthouses under Biden

RELATED: Colorado farmers are heading into one of the driest planting seasons in the last 20 years