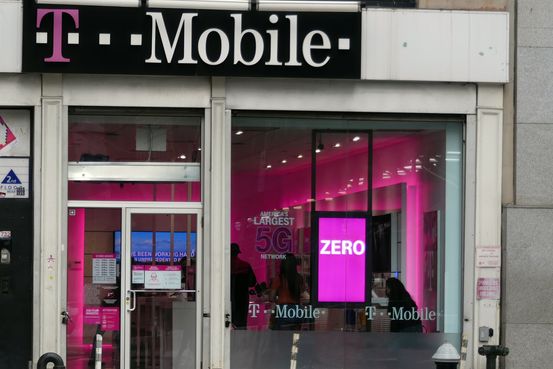 US Inc. said in 2019 that its merger with wireless rival Sprint Corp. would be “jobs-positive from Day One.”

More than a year into that marriage, the combined company has fewer people working for it than before.

T-Mobile’s big spending on next-generation wireless technology has yet to show up in its head count, which dropped over the past year despite thousands of new job openings. The cellphone carrier reported 75,000 full-time and part-time equivalent workers at the end of last year, roughly 5,000 fewer than it had when it closed its merger with Sprint.

said the coronavirus pandemic, coupled with a faster-than-expected combination with its erstwhile rival, restrained its head count. But he said the company has 6,000 open positions it expects to fill as the economy rebounds.

“We’ve moved from a phase in 2020 where we were focused on combining the two companies, and that causes us to look for some efficiencies, to where the results of those efficiencies turn out to be growth,” Mr. Sievert said in an interview. “Now we’re hiring and hiring as rapidly as we can.”

T-Mobile recently decided to shut down TVision, the television channel bundle it launched in November. A company spokesman said all employees in that division will be offered positions in other parts of the company, though employees who want to work in the TV industry will need to find jobs elsewhere.

Critics say the layoffs show T-Mobile’s promise of job growth from a combination with a close competitor were unrealistic. The companies in 2019 said their pending merger would spur more hiring.

Mr. Sievert said the Bellevue, Wash., company still has more workers than T-Mobile and Sprint would have employed had their merger deal collapsed.

T-Mobile isn’t the only telecom company with a diminished workforce.

had about 16,000 fewer employees at the end of 2020 compared with the prior year, according to securities filings. The decline reflected changes at WarnerMedia, which eliminated thousands of positions, as well as cuts in wireless retail jobs.

employed about 3,000 fewer people by the end of 2020. Another 10,000 employees are expected to fall off its rolls later this year after the company sells a majority stake in

Media, owner of such brands like AOL and Yahoo, to private-equity firm

The telecommunications sector employed about 690,000 people at the end of April, according to preliminary seasonally adjusted data from the U.S. Labor Department. That is down from 699,000 workers a year earlier. Overall employment in the sector has steadily declined from a peak of nearly 1.5 million in 2001.

Government statistics don’t tell the whole story of a telecom industry that has outsourced many jobs. Contractors who retrofit cell towers sometimes appear in official figures as construction workers, for instance.

“All the places where you would expect to see growth may have been farmed out,” said

said in an interview last week that his company’s shrinking employee base doesn’t reflect all the people working on company projects, including outside contractors hired to install new cellular tower equipment and drape fiber-optic cables to new locations.

“From that point of view, we are employing more people than ever,” he said.

AT&T in February agreed to sell a 30% stake in its DirecTV satellite unit to TPG, another private-equity firm, for $1.8 billion. The Dallas company said the move will transfer about 1,100 employees to a new business outside of its previous owner’s control.

Many job cuts throughout the industry targeted cellphone shops forced to close or run on limited schedules during the early months of the coronavirus crisis. Wireless executives have said the pandemic helped speed existing plans to trim their retail base and reach more subscribers online.

Verizon, the country’s largest cellphone carrier by subscribers, has closed some stores and thinned the ranks of retail managers who oversee store-level workers. The company reported about $515 million of severance liabilities in an April securities filing.

the chief of telecom industry advisory Wave7 Research, said some stores were expected to close after Sprint and T-Mobile merged. The two brands, which had roughly 8,800 stores in early 2020, were down to about 7,500 locations this year.

“You’d have, in some cases, stores that were literally within a stone’s throw of each other,” Mr. Moore said. “For

it may make sense. In wireless, it does not.”

Kyeisha Jones worked for Sprint for three years in the company’s Overland Park, Kan., headquarters, before the company laid her off in April 2020, the same month T-Mobile’s merger closed. As a lead development representative, Ms. Jones’s team of around five provided leads for the company to make presentations to businesses.

“They kept telling us that we were not going to be laid off,” said Ms. Jones, who is 35 years old. Then she had a work call where her team members thought they were going to meet their new department head. They were told they were being let go.

“None of us saw it coming,” she said.

Write to Drew FitzGerald at andrew.fitzgerald@wsj.com and Allison Prang at allison.prang@wsj.com