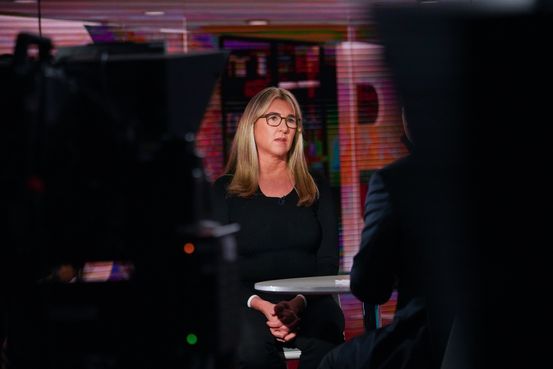 Under a proposed deal to merge with blank-check company

Vice would remove one of the biggest obstacles it has faced, onerous financial obligations to private-equity investor TPG, people familiar with the matter said.

, A&E Networks Group, merchant bank Raine Group and founder Shane Smith—with a combined 75% ownership of the company, the people said. The rest of the company would be owned by Vice’s new investors.

The nearly $3 billion valuation under consideration would be a discount compared with the $5.7 billion valuation set in Vice Media’s last major equity-investment round, a $450 million infusion from TPG in 2017.

7GC & Co Holdings, which was founded by tech investor Jack Leeney, is preparing to pitch institutional investors on the deal beginning this week, the people said. The blank-check company is hoping to complete the deal this summer, depending on how long it takes the Securities and Exchange Commission to review it.

There is no guarantee that 7GC & Co Holdings, which has raised $230 million, will complete its deal with Vice.

The Information reported in March that Vice Media was in advanced talks to go public in a deal with 7GC & Co Holdings. CNBC reported Sunday that an investor roadshow was coming soon.

Blank-check companies, also known as special-purpose acquisition companies, raise capital by going public. They then put those proceeds—and other funds raised from institutional investors—into acquisitions. For their targets, a SPAC merger offers an alternative route to an initial public offering.

The SPAC market, which was hot at the beginning of the year, has begun to cool. Some SPAC investors have attributed the dimming enthusiasm to new scrutiny from the Securities and Exchange Commission. The agency has questioned the rosy revenue projections used by some startups that are merging with SPACs.

The Vice Media deal calls for Vice’s existing investors to exchange their shares for common stock in the public company, simplifying the overall ownership structure, according to the people familiar with the matter. That includes TPG, which owns preferred stock in Vice Media that entitles the private-equity firm to receive additional equity if the company doesn’t hit certain performance targets, the people said.

In its pitch, 7GC & Co Holdings plans to tell potential investors that Vice Media is different from other new-media companies because it has several lines of business, including its Virtue ad agency, Vice Studios film and TV production arm and Refinery29, a female-focused brand it acquired in 2019.

7GC & Co Holdings will sell potential investors on the promise of growth and profit in its pitch, one of the people said. Vice generated about $600 million in revenue in 2020 and was profitable in the fourth quarter, the person said, though it wasn’t profitable for the full year. The company projects that it will generate about $680 million of revenue this year and reach $1 billion by the end of 2023, the person said.

There is no guarantee that institutional investors will want to fund the proposed Vice Media transaction. Vice has long promoted the prospect of becoming a consistently profitable new-media colossus. Mr. Smith, the company’s founder, projected revenue would near $1 billion in 2015. Those goals have eluded the company in recent years as the digital-media sector came under pressure.

Several other digital-media companies are exploring SPAC deals or mergers with rivals. Even though the ad market has started to rebound, many of these companies say they would benefit from scale and more capital. Longtime investors are also looking for opportunities to exit.

Executives from Group Nine Media Inc. have launched a SPAC to purchase a digital-media company. BuzzFeed Inc. is in talks to go public through a SPAC. The Athletic, a sports-news website, was pursuing a deal with news publisher Axios but now is eyeing one with the

would continue in her position, as would other Vice Media executives. Mr. Smith would remain executive chairman.

The proposed deal calls for Mr. Smith and Ms. Dubuc to retain their seats on Vice’s board of directors, the people said. Mr. Leeney, of 7GC & Co Holdings, would also get a board seat, the people said.

More WSJ coverage of the SPAC market, selected by the editors

Write to Benjamin Mullin at Benjamin.Mullin@wsj.com